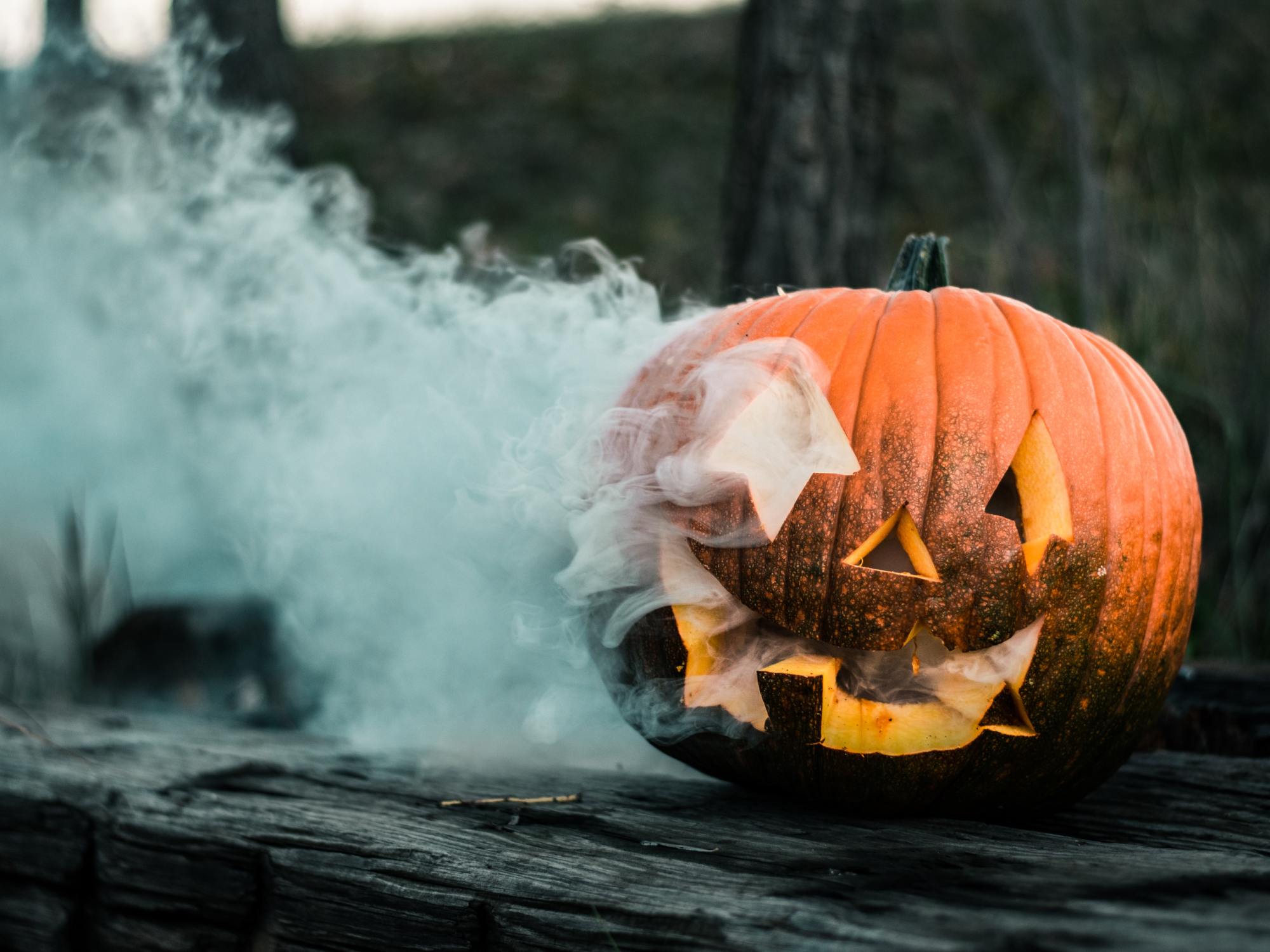 Last week I brought you American destinations that were perfect for a Halloween weekend trip. This weekend, we’re venturing abroad for international destinations for anyone who loves spooky season. This list certainly is the tip of the iceberg when it comes to travel destinations for a fun or terrifying Halloween. These are some of the most well-known and well-established places where Halloween has been celebrated for ages.

Let’s get this straight before I dive into this. Dia de Los Muertos (Day of the Dead) is not a Halloween festival. It’s a meaningful holiday for celebrating and commemorating the deceased. I included it on this list because it aligns perfectly with spooky season as it’s all about the deceased. It starts October 31st and runs through Nov 2.

Festivities, elaborate rituals, night-time processions, street markets, and candle-lit vigils all take place to honor those that have passed and culminates on November 2nd when it’s believe spirits are able to return to their families. Sugar skulls, fantastic costumes, and elaborate parades will have you loving the spooky atmosphere around this time and there’s no better place it see it than in Oaxaca.

Samhain, the pagan new Year and precursor to Halloween, originated in Ireland. So, why not go directly to the source this Halloween? The original festival celebrated the dead as well as ancestors. It was believe for that one day/night the spirits could access the world of the living and people became afraid to go out at night that one day of the year.

Dublin is the perfect place to stay if you’re looking for a truly Irish Halloween. The city itself features costumes, fortune telling, bonfires, delicious food, and more. Meath is about an hour away and not to be missed as it hosts the Spirits of Meath Festival with even more Halloween adventures to have. If that’s not enough, pop over to Derry for the epic Banks-of-Foyle Halloween Carnival featuring haunted houses, horror storytelling, ghost tours, among many other events and sites!

Yes, you can celebrate Halloween in the home of the world’s most famous vampire. Bran Castle, aka Dracula’s Castle, attracts hordes of tourists each year. Romania itself is known for its Gothic architecture which adds an even spookier ambience when October rolls around. Add to that the sordid history, such as the practice of impaling enemies on stakes at the castle. Not just a few either, tens of thousands. It has to be haunted.

Today, you won’t get impaled but you can tour the castle during Halloween to learn about the bloody history as well as other cultural and less gruesome historical facts. You’ll also be able to join tours featuring traditional Romanian dancing, Romanian cuisine, live Medieval music, and a special show including the Count Dracula wedding at Hunyad Castle. Bucharest also celebrates the Day of the Dead so stick around for another celebration after Halloween!

The Tower of London, Jack the Ripper, and even Sweeney Todd. All are sordid elements of the past that haunt London and all of the ghastly tales combine during Halloween to give you one heck of an experience. Dungeon should be your first stop if you love getting scared. It’s been around since 1976, so it knows how to terrify guests with interactive, face-to-face experiences with Jack the Ripper and other notorious villains. On top of that there are 14 shows and hair-raising rides.

Ghost walks are another fantastic option in the city, especially if you want to get some site-seeing in while you’re immersing yourself in Halloween. You’ll visit the churchyard Queen Isabella haunts, where victims of Jack the Ripper were allegedly drinking, and the site of executions.

Halloween celebrations are a recent phenomenon in Hong Kong, but that doesn’t mean they are anything less than spectacular. Trick or Treating hasn’t caught on, but festivals, parties, and more abound. Disneyland is one of the biggest places to get in the Halloween spirit. You’ll experience everything related to Disney villains, including an interactive experience with them that’s unique to the Hong Kong location.

Hong Kong’s biggest theme park, Ocean Park, hosts its own Halloween Festival. Don’t miss Asia’s largest Halloween bash with 400 costumed characters and a dozen haunted attractions. There are even street shows and exclusive haunted zones. Technology is what sets this Halloween festival apart from everywhere else in the world. Do virtual reality terror rides sound like a fun time? What about selfies with ghosts using augmented reality? You’ll need to get your tickets to this park.

One thought on “5 International Destinations Perfect for a Thrilling Halloween”